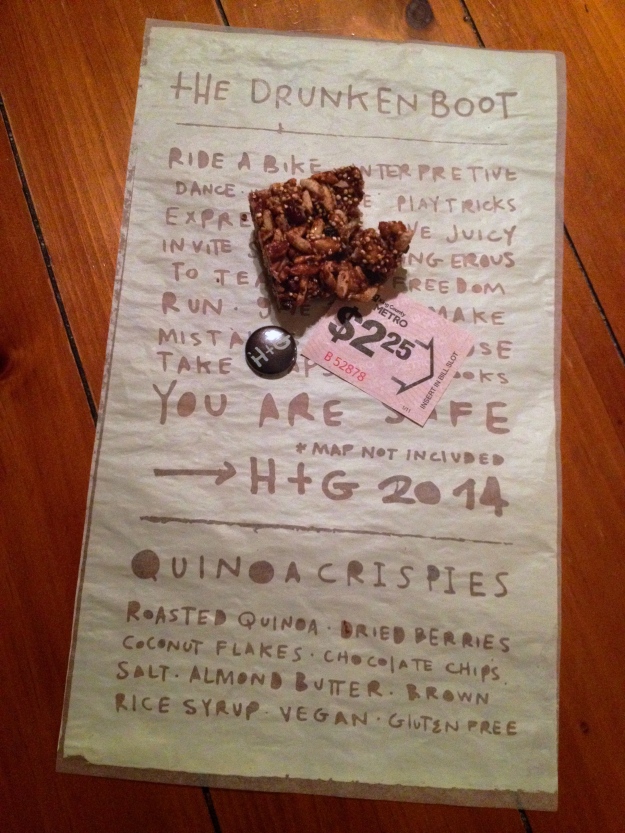 Last fall, while enjoying three days of trail angel hospitality in Waynesboro, VA, we received a care package sent by Groucho’s mom. Included within were highly addictive, extremely tasty Quinoa Crispies – a high-class, more-nutritious, hippie relative of classic Rice Crispie treats.  The snacks were so sweet, crunchy and satisfying that Groucho, Andiamo (our super generous host – a 70 year old former PCT thru hiker who invited us to crash at his house) & I ate the entire bag in one day. So when the time came to make power-bar-eske treats for our “Drunken Boot” participants, this was the first thing I thought of.

The foundation of Quinoa Crispies is a quinoa product, commercially made through a puffing process involving some kind of vacuum. These puffy/crunchy delectables have been available in the bulk section of several stores in the Seattle-Area in recent months… however I was sad to learn the day before our event that all of the stores were out. The product has been discontinued.  Okay – improvisation here we come – this was the recipe for my adapted Quinoa Crispies

Mix all ingredients together and press into greased pan. Leave out or put in fridge. After awhile cut them up. 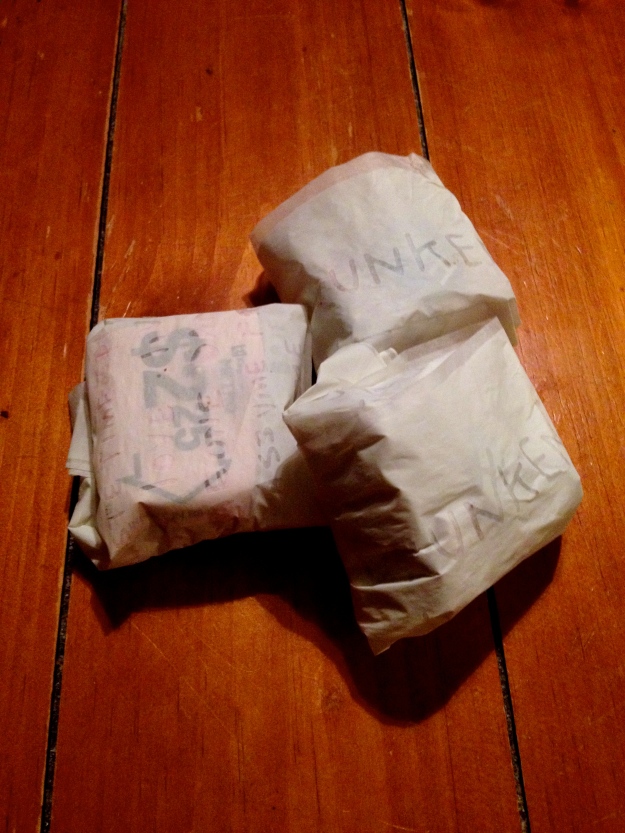 In Response to the Drunken Boot

of life lived here walking in the streets of the neighborhoods, the paths undiscovered and those well trod alike awash in memories of former selves and past lives to be remembered with shocking clarity or emotional trace, I am often the graveyard ghost haunting my present…