A few weeks ago Harpo and I had the pleasure of attending the sixth Smoke Farm Symposium. Smoke Farm is a 300 acre former dairy farm at the end of a long road in Arlington, WA. Purchased by the Rubicon Foundation in 1993, Smoke Farm has evolved into an upstate New York for the Seattle art, political, foodie, pottery and Gurdjieff communities – the property functions to bring together diverse communities, and facilitate ideas and projects that need space to breath.

The Symposium itself is the intellectual event of the summer (other events are the installation art based LoFi Festival, and the foodie Burning Beast) featuring talks by speakers on various subjects, but usually dealing with political issues, human identity, and site specificity. This year my favorite lecture was by controversial UW plant neurobiologist Elizabeth Van Volkenburgh, who gave a thoughtful talk on plant intelligence. Humans exhibit arrogance when considering ‘consciousness’ and how it manifests in other animals – but what about plants, which exhibit many signs of what humans consider ‘intelligence’ if measured by an empirical observation and reaction to stimuli? As a vegan, I’ve thought a lot about animal consciousness and how it affects my interactions with other life on Earth, and Van Volkenburgh’s talk took my sneaking suspicions about plant sentience to a new level.

Stranger writer Charles Mudede also gave an excellent, funny talk/book review ostensibly dealing with Thomas Piketty’s newest book Capital in the Twenty-First Century, but also encompassing his views on Marxism and his childhood growing up in Zimbabwe in a Marxist family.

I also had the pleasure of riding bikes to get to Smoke Farm – which I had never done in all my visits there. The very kind Doug Neufer provided basic routing instructions, and DK Pan, Rachel Ravich and I spent the better part of a day and all of one night on the road – arriving just at dawn as the mist was thick over the field. The 60+ mile ride made the arrival at Smoke Farm and the subsequent lectures seem dreamlike – and make the later dip in the Stillaguamish even more rewarding. Harpo met us – having worked Friday – and we carpooled back with lots of new ideas to discuss…

The long road out – Maltby, WA 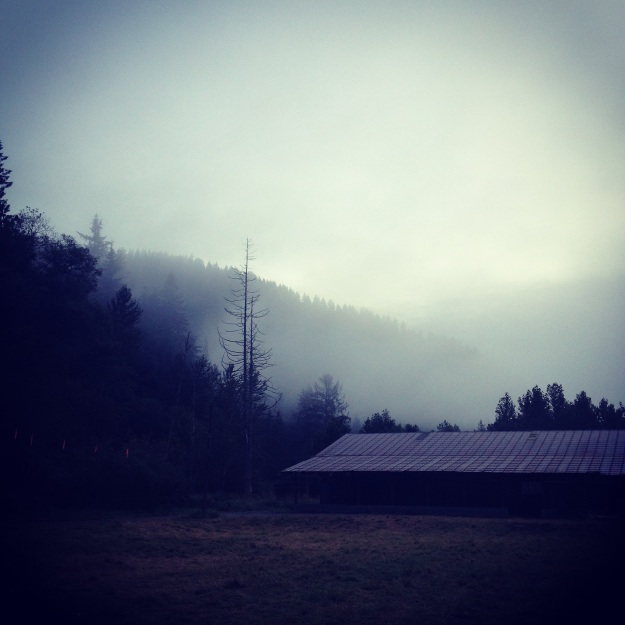 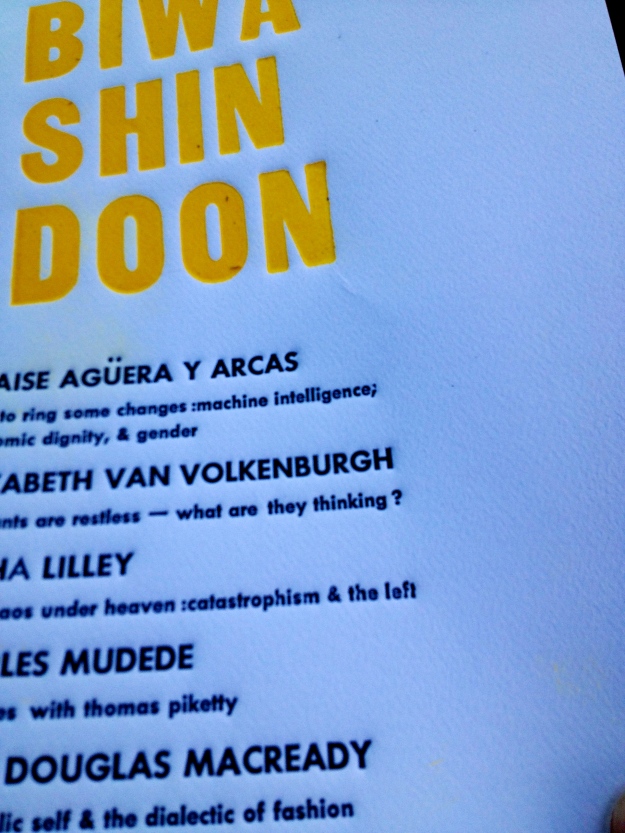 The Symposium handbill, letter-pressed on site at Smoke Farm’s own print shop